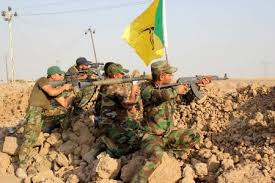 The Quds Force is currently expanding its sphere of influence in Iraq through its widespread network of affiliated militant groups. Senior Quds Force commanders, including Qassem Suleimani and Abu Mahdi Mohandess are in Iraq to organize and utilize these militant groups. Asayeb al-Haq, led by Gheis Khazali, along with the 9th Badr Corps militants led by Hadi al-Ameri, are the main such groups. Here is more input on the Katayeb Hezbollah that plays a major role in implement the Iranian regime’s policy in Iraq.

Read more »
Posted by glo.thread.assess at 21:17 No comments: 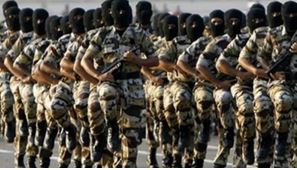 On 25 January 2014 a number of Quds Force advisors, experts in guerrilla and urban warfare, came to Iraq to provide Iraqi forces experience in street fighting, similar to Syria. They worked closely with Ali Gheidan and Fazel Barvari, commander of the “Golden Division” (dubbed the “Filthy Division” by US forces when in Iraq), training and providing their experience gained from Iran and Syria during the past few years. Their first suggestion was launching a force similar to Iran’s state-run Bassij paramilitary units using militant groups, emphasizing that in Syria they launched the civil defense force because the army is a classic force that can only fight foreign wars. However, unconventional wars that follow no rules and have a guerrilla nature demand a response of their own type, adding the army is of no use in such circumstances. They once again emphasized on fighting such wars by launching small guerilla units.

Read more »
Posted by glo.thread.assess at 21:10 No comments:

Iran’s plots to confront US presence in Iraq

The US State Department’s annual special reports states the Iranian government is providing aid to groups such as the Lebanese Hezbollah and Hamas to sector Gaza from the West Bank in Palestine, and Shiite militias tied to Iran in Iraq have – you’ve seen a kind of decrease or lessening of specific targeting of U.S.personnel on the ground.

Read more »
Posted by glo.thread.assess at 21:28 No comments:

Yesterday the US State Department issued its annual report evaluating terrorist threats across the globe in which it described Iran as the main sponsor of terrorism. A segment of this report reads:

Read more »
Posted by glo.thread.assess at 21:14 No comments:

Who are the militias? 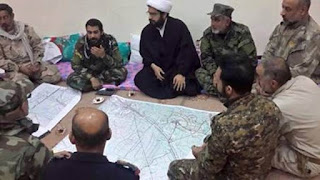 Militias are armed groups acting outside of the framework of government forces, and they have been formed amongst Shiite populations in Middle East countries, mainly following Khomeini’s rise to power in Iran in 1979. The notorious Quds Force in Iran has been behind the formation of these groups.

Read more »
Posted by glo.thread.assess at 21:50 No comments:

Iran’s role in the war against ISIS

Sen. Lindsey Graham، R-S.C. ، said on NBC's "Meet the Press:” I Fear Iran More Than ISIS” and “They're a cold-blooded، cruel regime that's killed American soldiers in Iraq and Afghanistan. They're the leading state sponsor of terrorism”

Read more »
Posted by glo.thread.assess at 21:38 No comments: