Iran’s response after Jordan summoned its ambassador from Tehran

May 2016
Jordan summoned its ambassador from Tehran in protest to Iran’s meddling policies in Middle East countries. The Iranian regime, finding itself more and more isolated across the region, has resorted its old tactics and tricks by instigating fear and raising threats.
Read more »
Posted by glo.thread.assess at 23:39 No comments:

Iran’s actions aimed to disrupt a technocrat cabinet in Iraq 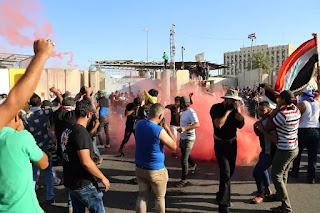 May 2016
Following popular demonstrations in late February across Baghdad’s Green Zone, the Iranian regime became extremely concerned of the Iraqi people’s demands for reform. Through its operatives in Iraq Tehran went to great limits divert the reform project. The issue of corruption under former prime minister Nouri al-Maliki and setting aside judiciary chief Mid’hat Mahmoud were the pillar concerns for Iran, leading the regime to continue its attempts to stonewall all measures to establish a technocrat cabinet, place the reform project before various dilemmas and buy time for its own conspiracies in Iraq. The goal pursued by Tehran was to kick the can down the road and prevent any formation of a technocrat cabinet – specifically demanded by the people – and return to the sectarian-polarized quota cabinet based on agreements made between ruling parties.
Read more »
Posted by glo.thread.assess at 23:28 No comments: 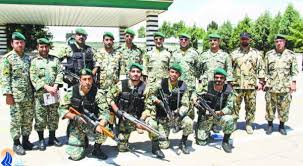 May 2016
On April 4th, 2016, the deputy coordinator of Iran’s regular army ground forces reported units of this force have been dispatched to Syria. In this regard, Iran army commanders described the deployment of their forces to Syria as advisory missions, denying any large unit deployment to the Levant. Below are a number of positions taken by Iran’s military commanders in this regard, shedding light on the depth of the army’s actual involvement in Syria.

Read more »
Posted by glo.thread.assess at 23:35 No comments:

Iran taking advantage of Afghans’ poverty to send them to Syria 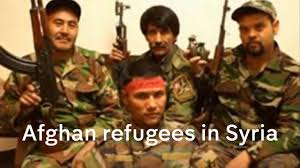 May 2016
With a look at the escalating number of casualties suffered by Iran’s Revolutionary Guards (IRGC) in Syria, one can come to this conclusion that most definitely this volume of fatalities and injuries will lead to dissent amongst the IRGC lower ranks and general file. Even senior military and political officials in Iran have voiced their protests regarding the high number of casualties. To this end the IRGC has for some time now launched a new initiative. Although such a measure is nothing new and the IRGC has always resorted using foreign nationals, prisoners, the poor and deprived people to send them off to the battlefronts and filling the void in its forces. The IRGC has recruited Afghan mercenaries to be deployed to Syria.
Read more »
Posted by glo.thread.assess at 23:28 No comments:

Iran shocked of Russia pulling out of Syria

May2016
Russia launches military operations in Syria
The sidelines of the 2015 U.N. General Assembly in New York witnessed meetings held between U.S. President Barack Obama and his Russian counterpart Vladimir Putin over the fate of Syria. The main subject was Russia’s military intervention in Syria, yet no particular conclusion was reached. Putin began his air campaign in Syria on September 30th. Homs, then held by opposition forces, was the first city attacked by Russian warplanes.

Read more »
Posted by glo.thread.assess at 23:24 No comments: