Major Iraqi currents are accusing Iran of being behind the growth of terrorist organizations in Iraq. Its affiliated militia groups such as the Badr Organization, Asaeb Ahl Haq and Katayeb Hezbollah are literally paving the path for terrorist groups such as al-Qaeda and ISIS to grow. This is due to their sectarian measures against innocent Iraqis, especially the Sunnis, eliminating prisoners, bombing mosques, plundering people’s property and terrifying the people.
One of the main elements implementing Iran’s plots in Iraq is an individual by the name of Jamal Jafar Mohammad Ali al-Ibrahimi, aka Haj Abu Mahdi al-Mohandes. His Iranian name is Jamal Ibrahimi.
Read more »
Posted by glo.thread.assess at 01:11 No comments:


October 2015
One of the policies pursued by Iran and the Quds Force in Iraq is forcing Sunnis from their hometowns to migrate to other areas. Tehran is executing this policy by implementing its “burned grounds” tactics. In this regard one can refer to the areas retaken from ISIS by Quds Force-associated militias, such as Jurf al-Sakhar located south of Baghdad, Tikrit and various areas of Diyala Province which have been attacked and devastated to such an extent that months later locals have yet to be able to return to their homes. The latest case of these widespread attacks by Quds Force-associated militia groups took place in Baiji in the northern sections of Salahadin Province, supported by the Revolutionary Guards itself. These attacks are continuing to this day and in this report we will refer to a number of the crimes committed by the militia groups.
Read more »
Posted by glo.thread.assess at 00:48 No comments:

Why has Iran during the past four years been seeking war, exporting terrorism and meddling in other country’s internal affairs? 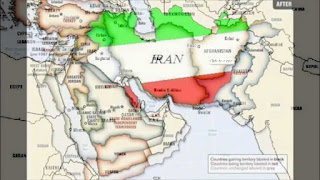 From day one, this regime has launched a non-stop campaign of warmongering, exporting terrorism and meddling in the internal affairs of other countries. Slogans of promoting Islam and … are mottos the ayatollahs have been deviously thumping their chests with for years now. Despite the atrocious economic conditions the Iranian people are living in, this regime has plundered and literally wasted billions outside of its borders, being in Iraq, Syria, Yemen, Lebanon and beyond. An increasing number of senior commanders, including Revolutionary Guards (IRGC) officers being killed in other countries, prove very well Tehran’s meddling abroad. Of course, it has to be taken into consideration that these are cases that the regime is willing to admit to, and there has to be much more we never learn about.
Read more »
Posted by glo.thread.assess at 00:44 No comments:

Murder, Abductions and Corruption in Iraq by Quds Force-associated militias 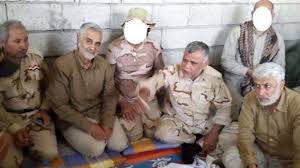 October 2015
Innocent people are easily murdered in Iraq. Today, the blood of an Iraqi human being is literally cheaper than any other item on the market. What law and what government allows these militias to spill blood in such manners? This is corruption that has given birth to such murders and killings in Mesopotamia.
Read more »
Posted by glo.thread.assess at 01:01 No comments: 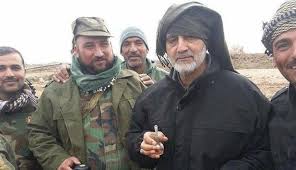 October 2015
Following the signing of the nuclear agreement between the P5+1 and Iran due to severe pressures imposed on Tehran from international sanctions, and after Iran was forced to succumb to all the conditions set by the negotiating countries – according to its own officials “drink from the chalice of poison” – we are witnessing this process have its own international effects on Iran’s export of fundamentalism especially to countries of the Middle East such as Iraq, Syria and Yemen. In this piece we will provide some background and updates on the status of Iraqi militia forces linked to Iran’s Revolutionary Guards Quds Force.
Read more »
Posted by glo.thread.assess at 12:50 No comments:

Impact of nuclear deal on Quds Force-backed militias in Iraq 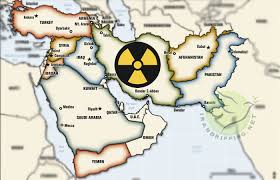 October 2015
Following the final touches of the nuclear accord between the West and Iran, very immediate impacts can be seen on the Quds Force apparatus, being Iran’s main force of exporting terrorism. One such scene is the groups associated to the Quds Force in Iraq. I have received a considerable amount of information about the status of these militia groups in Iraq on which I will shed light below:
Read more »
Posted by glo.thread.assess at 00:18 No comments: 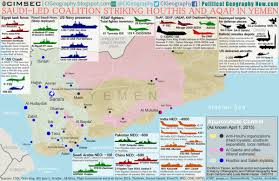 October 2015
Operation Decisive Storm against the Iran-backed Houthi rebels in Yemen is a significant, yet long overdue, blow to Iran’s occupation in this country. This campaign must continue until all of Iran’s reaches in the region are cut short, and to rein in its widespread meddling in the internal affairs of Syria, Iraq, Lebanon, Yemen and other neighboring countries.
Read more »
Posted by glo.thread.assess at 01:39 No comments: 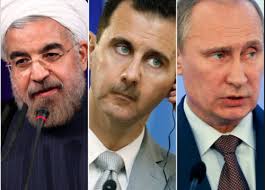 Russian bombs are dropping in the Idlib Province on FSA controlled areas that are 50km away from ISIS controlled areas.
One question comes to mind: what is the reason behind the sudden changes and the joint front between Putin and the mullahs?
Read more »
Posted by glo.thread.assess at 00:47 No comments: 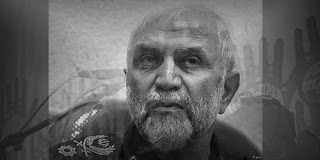 Hossein Hamedani, deputy commander of the so-called Imam Hossein Base and Iran’s point man in Syria, has been killed in Aleppo, said the Revolutionary Guards Public Relations Office on Friday, October 9th. He was one of the founding commanders of the IRGC and a leading figure in the terrorist Quds Force, commanding and directing many terrorist attacks in regional countries under Iran’s influence.
Read more »
Posted by glo.thread.assess at 00:49 No comments:

The nuclear deal engulfs the flames of war in Syria 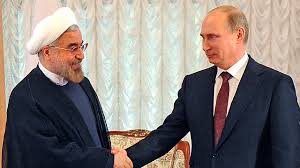 Russian bombs are dropping in the Idlib Province on FSA controlled areas that are 50km away from ISIS controlled areas.
One question comes to mind: what is the reason behind the sudden changes and the joint front between Putin and the mullahs?
Read more »
Posted by glo.thread.assess at 00:56 1 comment: 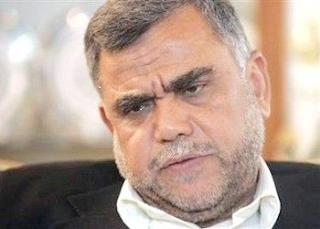 October 2015
Hadi al-Ameri is a loyal element of the Quds Force in Iraq, following all orders and pursuing their policies to the end.
Al-Ameri was a candidate from Diyala Province and a member of the Badr militant group in the State of Law slate in the 2014 parliamentary elections. He was able to enter 20,049 votes into the ballot boxes and be elected as an MP from Diyala Province. His elections as an MP from Diyala came with massive fraud and Iran went the distance through its elements to have him elected as an MP.
In the 2010 elections al-Ameri was a member of the State of Law coalition from Diyala Province. After massive fraud, vote rigging, threats and terrorizing he was able to enter the Iraqi Parliament as a representative of Diyala with 21,548 votes. In the second term of former Iraqi prime minister Nouri al-Maliki, he was appointed as the Minister of Transportation.
Read more »
Posted by glo.thread.assess at 01:42 No comments: 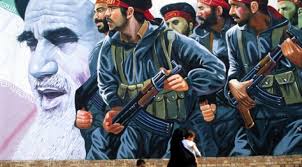 September 2015
Iranian supreme leader Ali Khamenei made a speech in his meeting with Revolutionary Guards commanders on September 16th focusing on threats his regime is facing after the nuclear agreement and the IRGC’s duty to confront these threats. Khamenei specifically emphasized on the duty of the IRGC intelligence in saying, “The IRGC intelligence must constantly follow up and identify threats.” What is the IRGC intelligence Khamenei was emphasizing on? Where does it stand in the hierarchy and structure of the Iranian regime? What is its own framework?
Read more »
Posted by glo.thread.assess at 01:16 No comments: