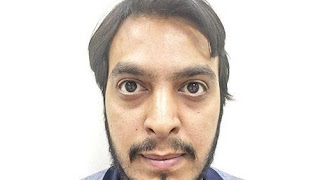 July 2016
The al-Jarida daily of Kuwait wrote: An individual by the name of Ali Omar, aka Abu Torab, suspected of being associated to ISIS (Daesh), is currently detained in a Kuwaiti prison. He has admitted to close relations between ISIS (Daesh) with the regimes of Iran and Syria. Abu Torab has said he has personally participated in coordinating session held between ISIS (Daesh) and the Damascus regime representative and Iranian regime security forces. Regarding the structure of ISIS he said most of the group’s commanders in Syria are of Iraqi origin and their forces are from Tunisia, Morocco and Algeria. Abu Torab was in charge of ISIS’ oil industry due to his expertise and speaking fluent English.


Abu Torab is a “valuable hunt” and this ISIS suspect has provided a list of details about ISIS field commanders, their nationality, methods of work and communications with intelligence organizations, al-Jarida added in its report citing senior security sources. Abu Torab has also been described as an “intelligence treasure” by security officials. Arrested with him were his mother, Hese Mohamed, born in 1964, and her son who was born in the province of Reqa, born to her Syrian husband. All these individuals have been transferred to Kuwait.
The Kuwaiti Interior Ministry issued a statement saying the suspect joined ISIS along with his mother and admitted to encouraging his mother in this regard. Hese Mohamed had prior to this encouraged her younger son, Abdullah, born in 1991, to join ISIS. He was killed in battles in Iraq. After his brother’s death, Ali Omar set aside his oil engineering studies in the United Kingdom and along with his mother joined ISIS in Reqqa. There he was appointed as the official in charge of launching oil and gas wells and his mother began teaching the wives and children of the terrorists, providing them lessons in the group’s beliefs and psychological mentality.

Iranian Ambassador to Kuwait Alireza Enayati described the accusations raised by a former ISIS member about Iran supporting this group as utter lies and gossip aimed at raising allegations against the Islamic republic of Iran.
“We are not insane to support ISIS and then send our advisors to Syria to fight this group,” he said to al-Jaride. “This terrorist group has targeted a large number of Shiite shrines and sacred sites, and killed many Shiites. How can be supporting them?”
Tehran is ready to deliver full security cooperation with the Persian Gulf countries and the entire region in the fight against ISIS, Enayati added. He went on to emphasize the necessity of destroying this “pest” as soon as possible.

With these revelations it becomes crystal clear why ISIS has refused to carry out even one attack inside Iran. Whereas all neighboring countries of Iran are currently suffering from ISIS attacks. The ridiculous arrests of ISIS elements, claimed here and there by Iran, is only aimed at covering up their relations with ISIS, and nothing else. As I have written in previous articles in this website, Iran is the Godfather of terrorism and has played two main roles in the formation of ISIS.


Iran’s ambassador to Kuwait claims their forces in Iraq and Syria are fighting against ISIS. However, the attacks carried out by Iran-backed Shiite militias and the Revolutionary Guards in Syria and Iraq are in fact playing into the hands of ISIS. Iran and ISIS are two sides of the same coin. Unfortunately, these days U.S. Secretary of State John Kerry is completely deceived by the Iranian regime and has described Tehran’s measures in Iraq in the war against ISIS as positive. This is exactly what Iran is looking for. The only method to destroy ISIS in Syria, Iraq and Libya is to overthrow the Iranian regime. Period.
Posted by glo.thread.assess at 23:16