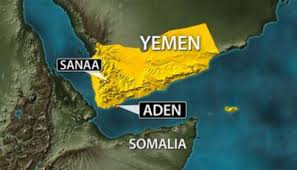 July 2016
In the news and reports I have read from Yemen there has not been a reference to the scope of the meddling by Iran’s Revolutionary Guards Quds Force in this country. In this article I would like to assess the dimensions of the Quds Force’s meddling according to the news received from inside the Iranian regime.

In the abovementioned facts we evaluated a segment of the Iranian regime’s meddling in Yemen. Iran’s goal was to establish an Islamic republic in Yemen. To this end Tehran had established a strong foothold in the Arabian Peninsula to easily export its terrorism to other Arab and African countries. If not for Operation Decisive Storm, the Iranian regime would have definitely reached its objective and the Arab World and Africa would be facing a new dilemma.
Posted by glo.thread.assess at 23:26