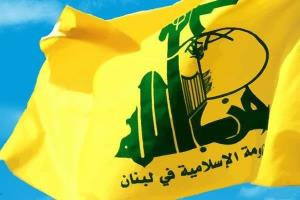 July 2016
In late May 2016, Adam Szubin, the acting US Treasury undersecretary for terrorism and financial intelligence said his country in cooperation with its allies and partners is attempting to limit Hezbollah financial relations. A bill was passed in the U.S. back in December 2015 imposing strict punishment on any international financial support to Hezbollah and any individual or entity that provides financial support for this group. This law sparked an unprecedented dispute between Hezbollah and Lebanese banks. The Lebanese Hezbollah, designated as a terrorist group by the U.S., has widespread political influence in Lebanon and its military branch plays an important role in the war in Syria. The Lebanese Central Bank and American officials have said this bill does not target ordinary Lebanese citizens or the Shiite community of this country that supports Hezbollah.


Following this development, Daniel Glaser, U.S. Assistant Secretary of the Treasury for Terrorist Financing said this law includes ministers and lawmakers affiliated to the Lebanese Hezbollah. We place no difference between Hezbollah members, which includes government ministers, lawmakers and local representatives, he explained.
Following U.S. pressure on the Lebanese banking system, Riyadh Salame, President of the Lebanese Central Bank said 100 bank accounts affiliated to Hezbollah have been frozen following the new U.S. sanctions imposed against this group. More than 3,000 individuals associated to Hezbollah, including Hassan Nasrollah, the Secretary-General of the group himself, two current Lebanese MPs and also various entities associated to this group including the al-Manar TV station, Radio Nour and the Rasoul Aazam Hospital (one of the hospitals providing care for Hezbollah’s troops wounded in Syria), have all been included in the slate of sanctioned entities. All the names and entities whose accounts have been frozen by the Lebanese Central Bank have been provided by the U.S. to the Lebanese Central Bank. Based on this new law not only are all the accounts frozen, in fact all the individuals and entities sanctioned by the U.S. are not allowed to open any other accounts in Lebanese banks.
Hezbollah found itself involved in a very difficult situation. First, this group began threatening Lebanese banks. On June 13th a bomb exploded in downtown Beirut targeting a Lebanon Bank branch and “al-Mahjar.” The perpetrators behind this attack had chosen the day of Sunday after Ramadan fasting hours to ensure the attack would result in no fatalities. Their goal was obvious: sending a message to all banks. Furthermore, the reason why the al-Mahjar Bank was chosen was its more firm stance in implementing American sanctions against Hezbollah.
After this bombing all fingers were pointed at Hezbollah and on June 15th the March 8th coalition – with Hezbollah being its core member – claimed this groups believes those banks that choose to implement the new American law have found themselves in a dilemma and should save themselves from this predicament. In addition to implicating to its responsibility behind the bomb blast, Hezbollah began threatening the banks to not buy themselves more trouble with these sanctions.
Therefore, Hezbollah, being the most important terrorist ally of Iran, has suffered a major blow and is facing a major impasse. In this regard Hassan Nasrollah said in response that the new round of U.S. sanctions will have no effect on this group because Hezbollah receives its financial necessities directly from Iran, and not Lebanese banks.
Hezbollah will not be affected by US sanctions because it receives its money directly from Iran, not through Lebanese banks, he said.
“We are open about the fact that Hezbollah’s budget, its income, its expenses, everything it eats and drinks, its weapons and rockets, are from the Islamic Republic of Iran,” he said.

“As long as Iran has money, we have money ... Just as we receive the rockets that we use to threaten Israel, we are receiving our money,” Nasrallah said.
These new remarks by Hassan Nasrollah placed Iran before a more serious predicament because Nasrollah officially declared Iran provides arms and financial support to terrorists. In this regard, Ramadan Sharif, in charge of Revolutionary Guards’ public relations affairs, in an interview attempted to clean up the mess by saying Nasrollah’s comments should not provide any excuses for the West.
“In my opinion, Nasrollah made these remarks because of the assurance he feels, especially in regards to being in the front line against the Zionist regime,” he said.
The goal in writing this piece was to call upon Mr. Obama and the countries of Europe. They should come to understand how the money released as a result of nuclear sanctions relief has been used by the Iranian regime to provide for terrorist groups in the Middle East, and then these groups use this money to carry out terrorist attacks in the United States and Europe.


To Mr. Obama and the countries of Europe, Iran changing its behavior is nothing but a mirage. Iran needs to continue providing support for terrorist groups for its own very survival. There is only one path to bring an end to all terrorist attacks in Europe and the U.S.: supporting the Iranian people to topple the mullahs’ regime in Iran.
Posted by glo.thread.assess at 22:45